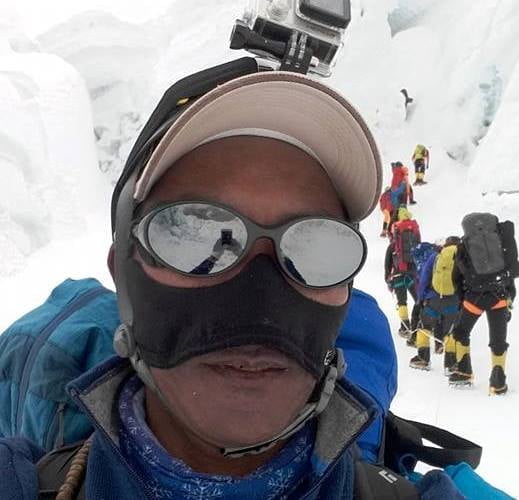 48 years old Nepali mountaineer Kami Rita Sherpa has ascend Mt. Everest for 22nd time. He now is only mountaineer to ascend Mt. Everest 22 times. On 16th May at 8:30 AM he succeed to reach the top of the world via s-col se ridge. Sherpa is the resident of Thame village of Solukhumbu Nepal. Earlier the record was with Apa Sherpa and Phurba Tashi Sherpa. Both of them have declare their retirement after 21st ascend.